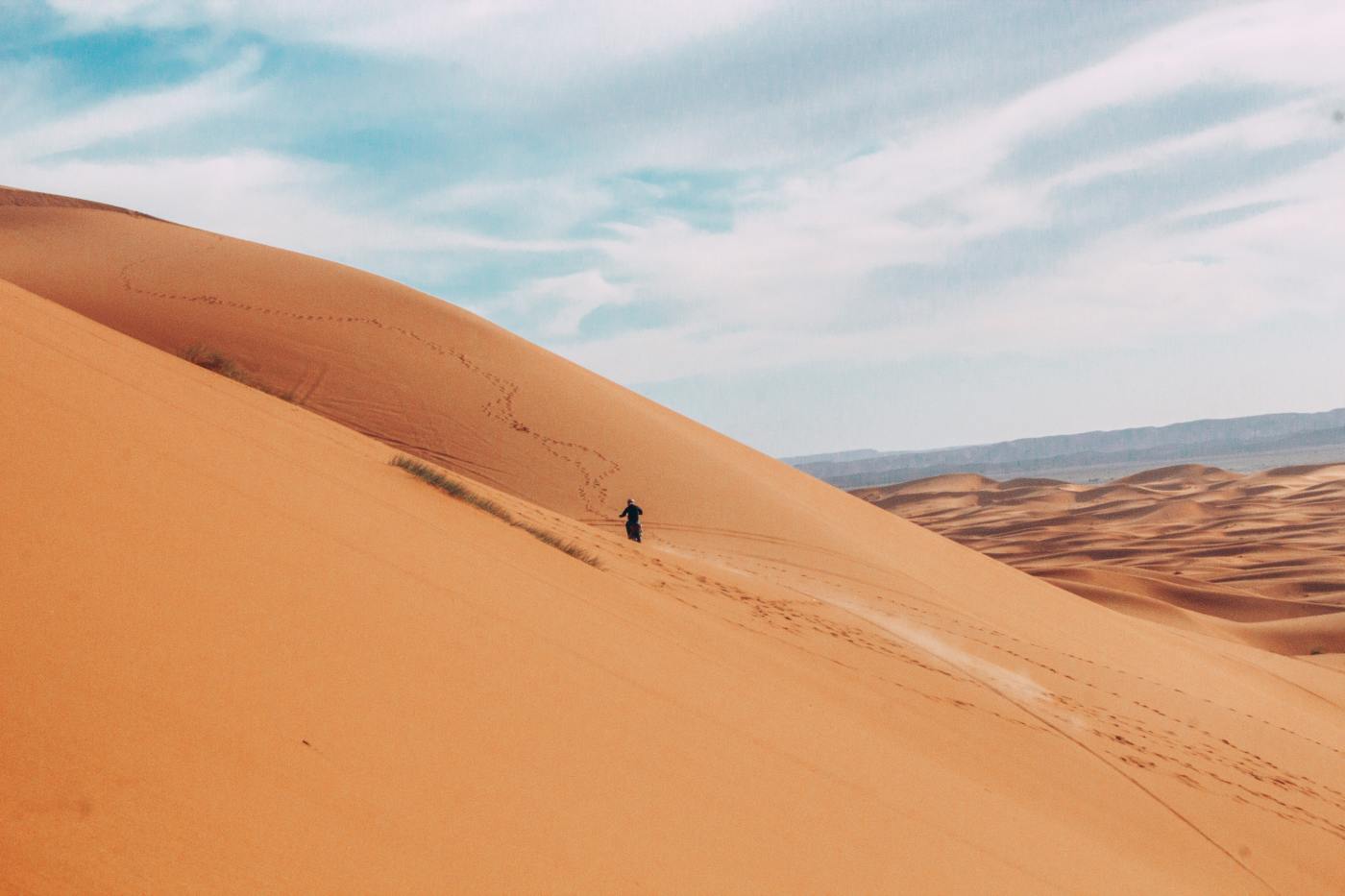 In one of the many forgotten corners of the world, there stood a sinister structure. Surrounded by endless deserts and dunes, it was all but invisible to those who didn’t know the markers. A lone figure stepped out of thin air a few feet from the entrance. Despite the blistering heat, he wore a heavy black robe with a hood that fell over half his face.

The man sprinted, flailing unceremoniously through the thick sands, towards the looming building. Once at the long smooth wall, he bent double to catch his breath. A shaky hand reached out to a seemingly random place on the wall. He knocked a strange combination, cursed loudly, and then tried again. It took four attempts for him to be rewarded with a click and a hiss.

The sandstone wall slid aside, revealing a long wooden corridor. The floor was polished mahogany, and the walls were lined with similar panels. There were no lights, and no decorations. Just that long, empty corridor.

A group of robed figures swept towards him, moving silently but for the swish of their cloaks on the floor. The one in front drew himself up and asked, in a booming voice, “What was so urgent that you abandoned your post to report it?”

“This had better be good, overseer.” Another added, cold amusement curling around the words. “I’m sure you remember what happens when you disappoint him.”

Though the other men were all talking at normal volume, the newcomer hurried in close to whisper hurriedly to each of them. The silence that followed was absolute. Several seconds passed before they all started speaking over each other in a panic. Hardly any words were audible until one spluttered “How could a demigod get the better of her?”

“Eris was reckless. Careless. Maybe she just underestimated them?” One suggested, at an obvious loss for other possibilities.

“That shouldn’t have made a difference!” Another replied angrily, insisting “It was a demigod.” The final word was spat out with clear disdain.

“Maybe she went easy on them? They got lucky.” A fourth man muttered, sounding much more laid back than the rest. He even put his hands behind his head as they continued sweeping through the hallway.

Desperation tinged the next response as the first man, the shortest and youngest, said “Maybe a god snuck in, disguised as a mortal?”

A low mutter “She was stupid, but not that stupid.” There were some noises of agreement until one decisively hissed, “Clearly she was!”

A smooth voice that brought horror to the collaborators declared “You all have too little to do if you have time for gossiping.” A serpentine tongue darted from his mouth to moisten his lips, which were stretched into an unsettling smile. “Please, do share with the class.”

“My lord.” The voices chorused in near unison. The one robed figure, the smallest of the group, that spoke a second too late cowered under the piercing glare of their master.

Once he was satisfied with his minions’ quivering, the man turned back to the one he deemed the leader of the group. His dark robe was embroidered subtly with threads of orange and blue, designating his rank. After an expectant pause, the acid green eyes of their master narrowed. “There is news?”

“Then tell it.” Each word was punctuated, but a low hiss underlined them.

An almost imperceptible tremor passed through the speaker and the group held their breaths. “Eris…has fallen.” He offered simply.

A cunning smile shadowed his lips, though his expression hardly appeared to change. His beguiling voice was silky, and a plot was already forming in his eyes. “Which one of them interfered?”

Dreading the outcome, the speaker hesitated a moment too long and was met with a backhand. Startled, he whimpered “It wasn’t one of the gods, sir.”

Silence. And then, “Explain.”

The only man that had remained silent in their earlier whispers stepped forward and knelt swiftly, his head bowed low. “Forgive me, my lord, but one of the demigods rose up against her. I saw everything. She defeated your hydra, charmed the griffin, and then burned Eris away into nothing.”

“You were the overseer?” Calm and measured, he sounded even deadlier than usual.

To his credit, he did not flinch. His head bowed deeper over his knee and he replied steadily, “Yes, my lord.”

Every man held their breath. Their master was known to be cruel when it suited him, and this was a mistake that someone would have to pay for. After several agonizing minutes, there was still no change to the expression on his stony face. No one dared to move.

But he surprised them. He raised his head to the ceiling, and he laughed. That sound alone was more terrifying than what they had faced in their initiations. “Finally.” He breathed, a horrible glee etched across his face. “Back to your posts; we have work to do.” Acid eyes glowed in the unlit passage. “My sister is awake.”

Hello there! If you made it this far, consider hitting that Like button, or drop a comment to let me know what you thought. Thank you for coming on this journey with me. I’d love to hear what you thought of Book One of the Eklektos series. Book Two will be coming soon!!

In the meantime, please have a look at some of the other literary projects I’m working on:

Catryn, a reclusive mercenary by the name of Wolf, makes a living in the ancient Ungarhek fortress of Mar’Kshinta. The mountainous city offers many challenges, and great dangers lay in wait in unexpected places.

Check out Chapter One!

In a world with little place for humans, they have carved their path and their place. Yet the gods they held dear are little help as the world crumbles around them. The seven above have turned their gaze elsewhere, and the seven below are missing. It is up to Wren to find them before her time runs out and the world is consumed.

Check out the Prologue!