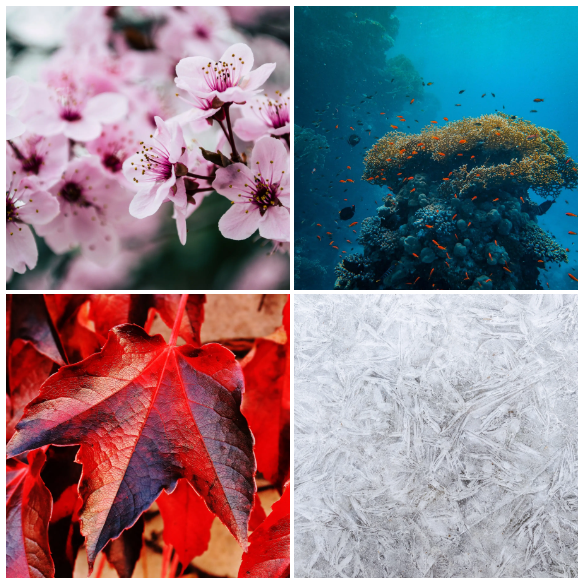 After the gods retreated, there was a power void which certain other beings decided to fill. They call themselves Caretakers, and they are second in power only to the gods themselves. Even a high priest/priestess cannot hope to reach this level of power in service to their god.

There are some religions following the Caretakers, while others follow the elder gods. Some even follow a single all-powerful being they believe created everything (including the ancient races known as gods and caretakers).

The Caretakers are particularly popular among the shorter-lived races. The Elder races respect them, but generally worship and pray to the Elder Gods.

The most prominent of the Caretakers are the Seasons. They seem to be the most powerful, and the other Caretakers defer to them in all matters.

The caretaker of fertility and agriculture. She takes the form of a young woman, her appearance varying depending on the one looking upon her. A patron of farmers, and of lovers. She watches over and represents new life, new beginnings, growth, and rebirth. Valleys. Earth. Nature. She is renowned as an accomplished healer. Sometimes referred to as The Maiden.

The Grove of Spring is home to a massive cherry blossom tree. Its roots spread for miles. Its healing light purifies the nearby lands, granting bountiful harvests and overall good health. There is a spring of crystal clear water in a hollow at the base of the tree. There are legends of boons and blessings granted to those who drink from the spring.

The caretaker of the sea. They appear in various forms, with various genders, and at various ages. The only thing that is the same in each form is their eyes, which reflect the sea and have no iris’ and no pupils. Their physicality is more suited to underwater environments. The are the patron of sailors, and those who make their living from the sea. Bounty and wealth (natural). The unknown, exploration, horizons. Ships. Activity. Impatient. Impulsive. Like the sea, they are unpredictable but constant. Tide goes in, tide comes out. Emotions. Navigation. Also known as The Guardian.

The Summer Isles are islands made by the reefs in the Vizien Sea. The majority of the inhabitants of the isles live inside the reef, beneath the surface. The Guardian is always present, never leaving his vigil beneath the waves.

The current Autumn King is not the original Autumn King. Also known as The Devourer, he has a long a bloody history of being defeated and consumed, the victor taking his place. The current Autumn King has held the position the longest, and is also revered as the king of the Terikharn people. He is the caretaker of fire, blood, and shadows. Volcanoes. A patron to warriors, and those who live by their might (as opposed to those only making a living this way). Vows of honour often invoke his name. Foxes are historically sacred to the Autumn King, as the first to take the name was a Juneri, with foxlike elements to their appearance.

The Autumn Forest is a massive woodland, forever in a state of Autumn. The leaves decay and fall quickly, with new ones growing in their place. Blood red trees block the sky with their gleaming canopies. The heart, or sanctum, of the forest is a spring, fed by the blood of the Autumn King. The sanctum cannot be accessed by any but the King, except during the equinox when the forest opens for challengers.

An ageless child, with androgenous features. They carry a greatsword with a wide blade, etched with glowing runes. They symbolise isolation, cleansing, and death. A guardian of hunters, they also embody determination, patience, strength of will, and resolve. Ice. Snow. Mirrors. Self-reflection. Self-worth/belief. Stasis. Immortality. The Sentinel.

The Crystal Taiga is their domain. Lying across the Powdered Sea, through the mountain range known as the Mirror Pass, it is nigh impossible to reach for mortal men. Unlike other Caretakers, they never leave their post. The taiga is a seemingly endless landscape of ice and snow. It is rumoured that ancient beasts are trapped within massive pillars of ice within the Sentinel’s great fortress.

One thought on “World Building – Caretakers: The Seasons”